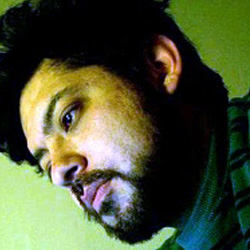 Sean Hernandez grew up on Chicago’s North Side to a perfect storm of musical influences: While his father was a rock/punk musician, his mother loved disco and throughout the neighborhood, Puerto Rican music played around the clock.

As he grew older, Sean was electrified by the legendary WBMX radio mixes, which were cultivating an entire generation of Chicago DJs, producers and dance music fans. It wasn’t long before he found his way to fabled nightclub Medusa’s and signed his name on the dotted line.

Obsessed with the house sound, Sean studied how it was made, first buying turntables, then a TR-909 drum machine, then skipping meals in order to buy more gear. He recalls spending hours attempting to recreate Ron Trent’s Altered States, Larry Heard’s Beyond the Clouds and Adonis’s No Way Back, trying to figure out “what made these songs funk.”

He quickly became a regular fixture on the DJ scene, blending deep house with disco and Detroit techno. In the mid-‘90s, he organized the hugely popular night Kream. Cajmere appeared frequently, often debuting the latest Relief Records releases, along with Gene Farris and Spencer Kinsey (aka – Gemini). In the late ‘90s, Sean formed the crew Krush Productions to revitalize the underground scene with a slew of well-received events.

He has since retired from event promotion in favor of producing tracks under the name Chicago Skyway. In 2009, he released two albums including Bells on Eargasmic Recordings and Heavens on M>O>S Recordings and most recently his Wolfgang Hair EP on Uzuri Recordings.

View all posts by doctorze